PLUS! A member presentation from Identity, Inc.

Have a specific question for the presenters?
​ASK IT HERE

Dr. Jharrett Bryantt joined the Anchorage School District (ASD) in the summer of 2022 as superintendent.

Prior to joining ASD, Dr. Bryantt served as the Houston Independent School District’s Executive Officer of Talent. Houston ISD is the 7th largest school district in the United States. It serves more than 194,000 students in 283 schools. In his role, he led the offices of talent acquisition & retention, compensation, performance management, human resources information systems, and talent development for HISD’s 26,000 employees. During his time, he spearheaded an overhaul of the compensation plan to increase teacher starting pay to rank 3rd in the region from 9th. He also helped create a pathway for providing competitive additional compensation for teachers based on student growth or pursuing National Board Certification. He leveraged ESSER funds to increase the number of paid teacher residencies, “Grow Your Own” teacher initiatives, and subsidized tuition and certification to recruit educators of color.

During his 9 years at Houston ISD, he served in numerous capacities, including as an Assistant Superintendent. He managed multiple departments including innovation, advanced academics curriculum & instruction, early college & international baccalaureate programs and college & career readiness. His notable achievements include tripling the number of the district’s National Merit and National Hispanic Recognition program scholars, nearly doubling the diplomas earned from the international baccalaureate program, and increased student application rates to 4-year-colleges by 14% and helped increase financial aid application submissions by 25%. He also served as founding staff member and later as director of the nationally recognized EMERGE program, which to date has prepared thousands of high achieving, low income students to attend Ivy League and other selective colleges on full scholarships. EMERGE students graduate from selective colleges in four years at rates over 90%.

Dr. Bryantt has been recognized locally and nationally for his accomplishments, most recently being named to Forbes Magazine’s 30 education leaders to watch in 2019, and then to Forbes’ 2021 national list of 50 champions for advancing communities of color.

He is an alumnus of the top ranked Cooperative Superintendency Program at the University of Texas at Austin and has also completed numerous national future superintendent fellowships. He holds doctoral and master’s degrees in education leadership and policy from the University of Texas at Austin, and a Bachelor of Science from Yale University. He currently serves on the board of Junior Achievement of Alaska, the Anchorage Chamber of Commerce board of directors, and a core member of United Way of Anchorage’s Cradle to Career initiative.

Dr. Bryantt started his education career as a geometry teacher with YES Prep Public Schools in Houston, Texas. During his time in the classroom, he also took on district-level leadership responsibilities, including writing the district’s high school math curriculum and common assessments. He also led the initiatives to help improve the district’s teacher performance evaluation model, and spearheaded teacher professional development on data-driven instruction.

Dr. Bryantt was born and raised in San Antonio, Texas. He is proud to call Anchorage, Alaska his home. 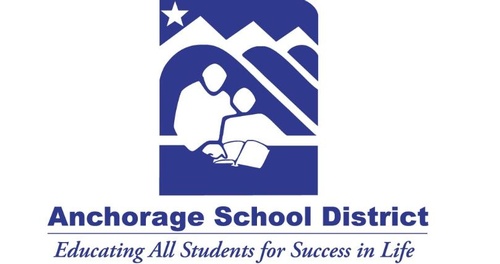