Chugach Electric Association, Inc. members elected a new director to the utility’s seven-member board of directors. Election results were announced Tuesday night at the electric cooperative’s virtual annual meeting. Due to COVID-19 health and safety protocols, and restrictions on large gatherings, Chugach held its annual meeting virtually for the second year in a row.

University of Alaska Anchorage associate research professor Erin Whitney was elected to serve a four-year term on the board. Whitney will replace engineer Stuart Parks who has served on the board since January 2017. Retired engineer Leslie “Fritz” Krusen also ran for the open board seat. Of Chugach’s members of record—10, 453 or 11.4%—cast ballots in the 2021 election. Of the members who voted, 10,236 voted electronically and 217 used paper ballots. There was no in-person voting this year.

In this year’s election, Chugach members also approved four bylaw amendments dealing with board and committee eligibility, the manner of holding meetings, executive sessions, and capital credits. The Chugach Board of Directors will elect new officers at the next regular board meeting scheduled for May 26 beginning at 4 pm. 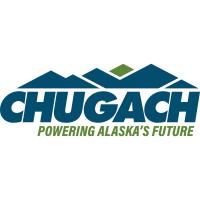