Register in advance for this webinar:
https://us02web.zoom.us/webinar/register/WN_cQxPpOVrTbGBcJGjunKUbw

After registering, you will receive a confirmation email containing information about joining the webinar. 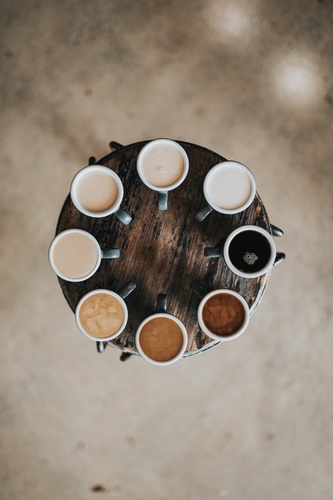 A BIPOC panel focusing on diversity within Anchorage. Our goal is to focus on actionable and implementable ideas that we can take with us into our professional and personal lives.

Register in advance for this webinar:
https://us02web.zoom.us/webinar/register/WN_cQxPpOVrTbGBcJGjunKUbw

After registering, you will receive a confirmation email containing information about joining the webinar.

Before beginning in law enforcement, Chief Doll enlisted in the U.S. Marine Corps Reserves and served until 2001. In 1996, he joined APD as a recruit in the Academy. Over the course of his 20 plus year career, he has held command positions in the Patrol Division, Traffic, Homicide and Robbery/Assault Units, and the Crime Suppression Division. He also spent time as a member of the Bomb Squad and SWAT Units and even returned to the police academy as an instructor. His formal law enforcement education did not end at APD’s academy, he is also a graduate of the FBI National Academy and the National Executive Institute.
Chief Doll is a member of several professional organizations including the International Association of Chiefs of Police (IACP), the FBI National Academy Associates (FBINAA), the National Executive Institute Associates (NEIA), and the Alaska Police Standards Council (APSC). In 2020, Chief Doll was one of the very few chiefs nationwide to be asked to participate in the President’s Commission on Law Enforcement and Justice Administration, Reduction of Crime working group.

Chief Doll and his wife Monique have been married more than 20 years.

Deputy Chief McCoy attended the New Mexico Military Institute where he received his commission into the United States Army in 1990. After commissioning he served ten years with the Alaska Army National Guard. He received an Honorable Discharge, at the rank of Captain, in February of 2000.

In 2019 Deputy Chief McCoy was inducted as an Honorary Commander for Joint Base ElmendorfRichardson (JBER), Alaska.

Deputy Chief McCoy has been married to his wife, Sue, for 26 years and has three children, Megan, Ken and Adrianna. 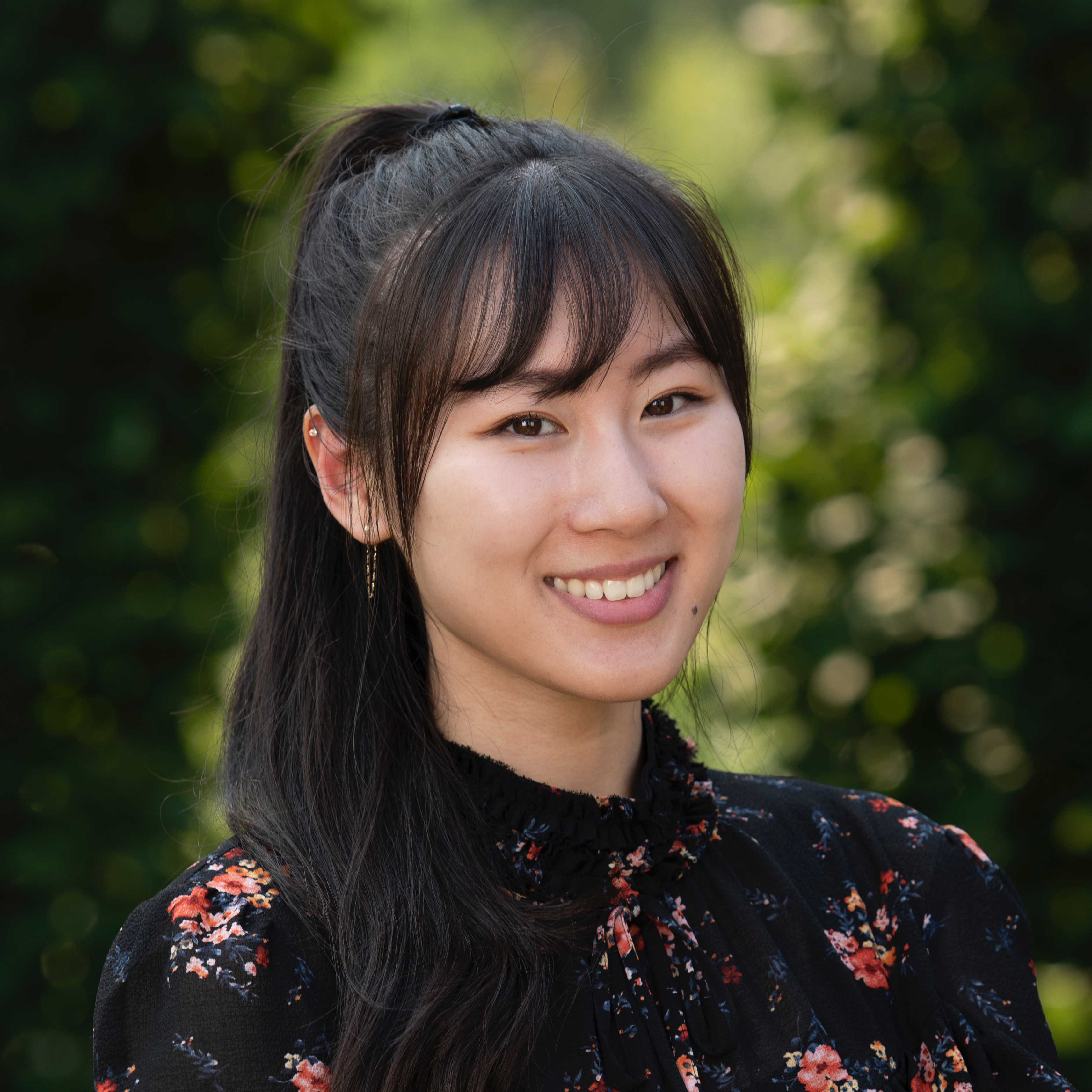 Emily Kwon joined Rasmuson Foundation in August 2017 as a communications intern. She transitioned to a full-time position in November 2017 and was promoted in 2019 to serve as an associate on the external affairs team.

She was born and raised in Anchorage and attended Arizona State University, where she studied biological sciences. While at the university, she became active in Asian American Pacific Islander (AAPI) community groups including the Asian Chamber of Commerce, and she took on leadership positions in the student-run AAPI coalition. During this time, she worked closely with other coalitions of marginalized groups to celebrate their history and culture and to educate other students and faculty on the importance of diversity and equity.

She continues her involvement today as the president of the Korean American Community of Alaska?s NexGen group, where she volunteers her time at various events and helps connect the younger generation of Korean Americans with the older generation. She also volunteers as a teacher at St. Andrew Kim Parish?s Saturday school, teaching high school students the values of generosity, spirituality and community and assisting with activities and fundraising events hosted by her church. Emily also served as Anchorage chapter member of the National Asian Pacific American Women?s Forum and works to spread awareness about the history of and issues faced by the Asian American Pacific Islander community in Alaska and the rest of the United States.

Emily is passionate about helping her community, uplifting young people and connecting with her culture. She enjoys reading, learning how to cook her favorite Korean dishes, exploring the Alaska landscape and searching for her next favorite local restaurant. 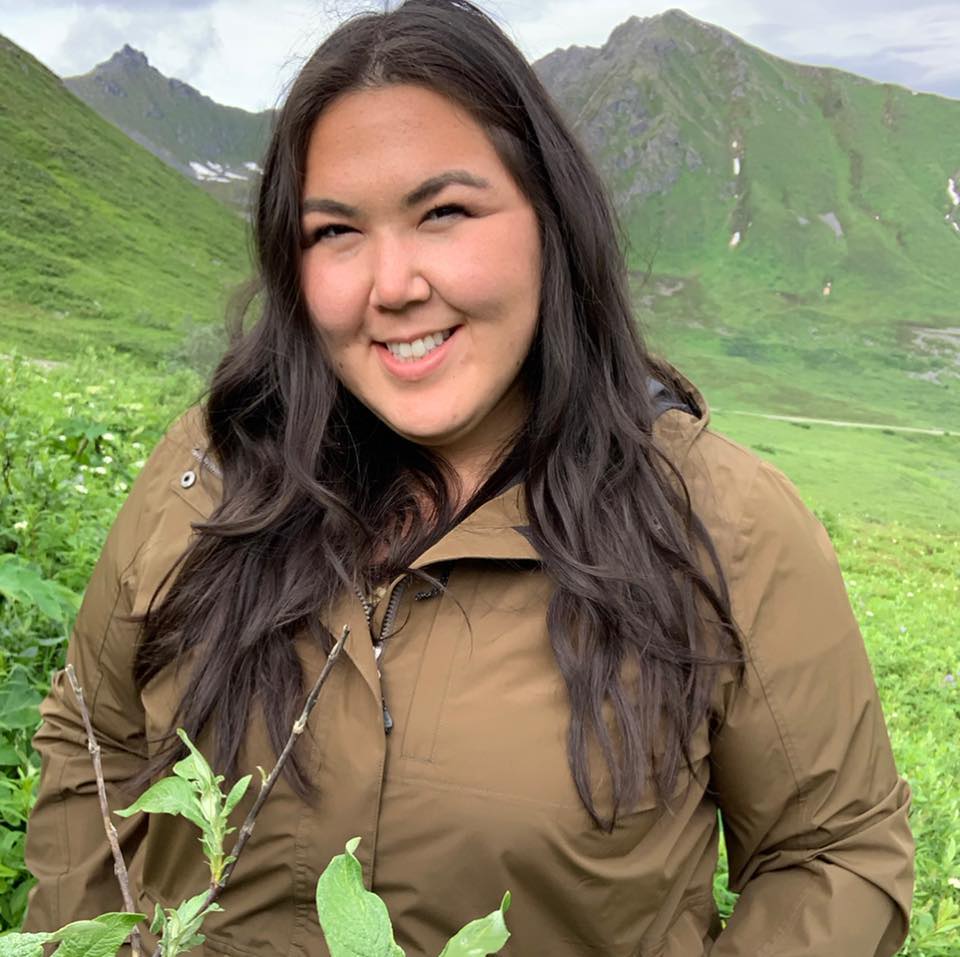 Cordelia Qiġñaaq Kellie comes from the Tagarook and James families from Wainwright and her parents are John and Aggie Tagarook-Kellie. Cordelia received her Bachelor’s degree in English Language and Rhetoric and a minor in Communications from UAA in 2011; since graduating, her work has included corporate communications, rural community economic development, legislative affairs on the state and federal levels, language and cultural instruction, and grassroots community organizing. Cordelia is a co-founder of Iḷisaqativut, the Iñupiaq community's language intensive, also publishes Nalliq, an online repository of stories and poetry regarding indigenous issues and the Alaska Native Languages Digest. She is doing her graduate work at UAF in Rural Development.

Dr. Kristina Bellamy was born and raised in Anchorage.  She is an advocate, entrepreneur and educator, and currently serves as Director of K-12 Teaching & Learning, in the Anchorage School District, as well as is the owner of Simply Stunning, LLC.

Kristina holds Masters Degrees in both Elementary Education and Educational Leadership from Loyola Marymount University in Los Angeles, California and the University of Alaska Anchorage respectively; and a Doctorate of Education degree from the University of Washington. In 2006, she was honored by being named one of "Alaska's Top 40 Under 40" by the Alaska Journal of Commerce, and the Anchorage Chamber of Commerce.

Kristina volunteers a great deal of her time to many local organizations.  She is the past-Chair Chair of the Alaska Democratic Black Caucus.  She serves on the Board of Directors of the Music Machine, Inc, and is proud of her 21 years of dedicated service to Alpha Kappa Alpha Sorority, Inc.  Kristina is the proud mommy of Jackson Reier, age 4. They reside in Anchorage.
Business Directory News Releases Events Calendar Hot Deals Member To Member Deals Marketspace Job Postings Contact Us Join The Chamber