"Make it Monday" forum with APD Chief of Police 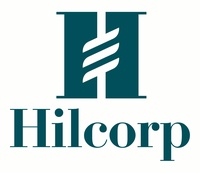 ALL REGISTRATIONS, including punch cards and coffee seats, are due by 10 am Friday.

Chief Kenneth McCoy will discuss his new vision for the Anchorage Police Department, and how he intends to continue to keep the community safe.

Kenneth McCoy proudly serves as the Chief of Police for the Anchorage Police Department (APD) in Anchorage, Alaska. He began his law enforcement career with the APD in 1994, where he rose steadily through the ranks, serving in command assignments in patrol, detectives, and internal affairs. He was promoted to Chief in July 2021 after serving as Deputy Chief of Operations for four years.

After graduating from Bartlett High School, Chief McCoy attended the New Mexico Military Institute where he received his commission into the United States Army in 1990. After commissioning, he served 10 years with the Alaska Army National Guard. He received an Honorable Discharge, at the rank of Captain, in February of 2000.

In 2019, he was inducted as an Honorary Commander for Joint Base Elmendorf-Richardson (JBER), Alaska.

Chief McCoy has been married to his wife, Sue, for 28 years and has three children, Megan, Ken and Adrianna.

All registrations, including punch cards and coffee reservations, are due by 10 am the Friday before the forum.