"Make it Monday" forum - Update on the Oil and Gas Industry

Doors open at 11:30 am for lunch
Program starts at Noon

*** Online registration is closed. A limited number of walk-ins will be available at the door. ***

The Alaska Oil and Gas industry is the provider of over 32% of Alaskan jobs. As the state's economic forecast continues to develop, the oil and gas industry remains strong and steady. Ms. Moriarty will provide an update on the industry and what to expect for the upcoming year. 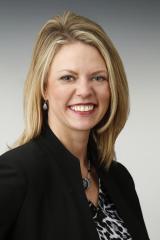 Kara came to Alaska from her home state of South Dakota to teach elementary school in Atqasuk, an Inupiaq village in the North Slope Borough. After working in Washington, DC for then South Dakota Congressman, now U.S. Senator John Thune, she moved back to Alaska and lived in Fairbanks for seven years. She has served as legislative staff in Juneau to Senator Gary Wilken and was the President/CEO of the Fairbanks Chamber for four years. She joined the AOGA staff in April 2005 and been the head of the association since 2012. She is a member of the Athena Society, a recipient of Alaska's Top 40 Under 40 Award and was the Honorary Iceman at Eielson Air Force Base. She is a member of the Lumen Christi School Board and the Downtown Rotary Club of Anchorage and serves on the Executive Committee of the Resource Development Council. In her spare time she can be found serving as a taxi driver for her three children, Joseph, Maggie and Garrett to their many church, school and sporting events. She and her husband Gerry, an Alaska Airlines pilot, also enjoy their personal plane and exploring Alaska with the kids.

Damian began his 20-year oil and gas career with BP’s North America Gas Performance Unit in Houston in 1998. He has held various positions of increasing responsibility in the areas of economics, planning, performance management and business development with BP, in Houston, Moscow, Jakarta and Anchorage.

Damian earned his undergraduate degree in economics and a law degree from Creighton University in Omaha, Nebraska. He also earned an MBA in Finance from the University of St. Thomas in Houston.

Deadline to register online is 5 pm the Friday directly preceding the forum. A limited number of at-door tickets may be available.

Cancellation Note: To receive a full refund, registration must be canceled by 5 pm the Friday prior to the forum. No refunds will be given after this date. All registrations are transferable to another person upon your request.