Doors open at 11:30 am for lunch
Program starts at Noon 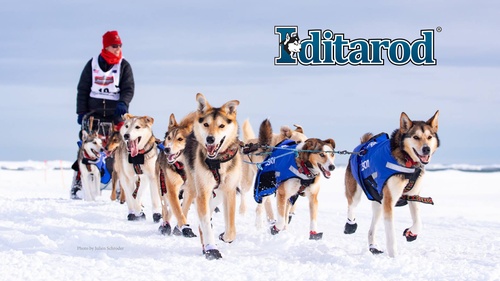 The Iditarod is arguably Alaska's most iconic event, and given the complexity of managing an entire eco-system of people, dogs, planes, and supplies for the 1049 mile journey from Anchorage to Nome presents immense challenges. Members will learn from how the Iditarod leadership makes critical life-saving decisions, strategically allocates resources and "punches way above its weight" in generating broad-based exposure. Additionally, the program will also highlight how the Anchorage business community can directly benefit.

PLUS, a new member presentation from Matt Worden of Go Hike Alaska.

Rob Urbach is an innovative leader who has been the driving force behind business transformations, loyal customer fan bases and value driving growth.  As a leader, he is noted as a “multiplier,” making everyone around him smarter and more capable. As a result, his teams are noted for doing more with less, generating record-setting results in both good times and bad and for creating winning partnerships.

Rob was named CEO of the Iditarod this past July and has been working closely with the Iditarod’s board of directors to drive relevance, thought leadership and innovation, in leading the Last Great Race on Earth. Thus far in his tenure the Iditarod has formed an international series that includes races around the world, launched Trifecta, a fantasy sports game and is Changing the Narrative with regard to animal welfare.

Prior to the Iditarod, Rob served as Chief Executive Officer of USA Triathlon for 6 and half years overseeing all day-to-day operations for the National Governing Body for triathlon—the fastest growing sport in the U.S. Olympic Movement. As the largest multisport organization in the world, USA Triathlon serves more than 500,000 members and sanctions more than 4,300 local events each year. In addition to its focus on age-group athletes, races directors, coaches, and officials at the grassroots level, USA Triathlon manages Olympic and Paralympic teams.

Urbach, who has been named Inside Triathlon magazine’s Most Influential Person, led the development of a weekly television show, the launch of the USA Triathlon Foundation, the rollout of the NCAA program, a large-scale Youth membership driver and other initiatives designed to achieve strategic objectives.  Moreover, under his leadership, USA Triathlon won the women’s Gold Medal at the 2016 Rio Olympics and led the medal count in triathlon for the 2016 Rio Paralympics.

Prior to USA triathlon, Rob Urbach served as Executive Vice President for Octagon and led operations for one of the top global sports management and marketing firms. During his tenure at Octagon, Urbach oversaw the deployment of the firm’s resources around the world and led initiatives in diverse markets including South Africa, Nigeria, Turkey, Singapore, and China.

Urbach, a frequent speaker at industry conferences, is an MBA recipient from The Wharton School of the Business and a graduate of Centre College in Danville, Ky., where he was a 3-sport athlete and All-American tennis player. He has completed 80 triathlons, including the Ironman World Championships in Hawaii, and has numerous age groups race victories to his credit.

Deadline to register online is 5 pm the Friday directly preceding the forum. A limited number of at-door tickets may be available.

Cancellation Note: To receive a full refund, registration must be canceled by 5 pm the Friday prior to the forum. No refunds will be given after this date. All registrations are transferable to another person upon your request.