According to the Census Bureau, veterans represent over 10% of Alaska's population- the largest per capita of all states. The American Legion was formed back in 1919 to support veterans returning from WWI and Jack Henry Post 1 was established that same year as the first Post in Alaska. Since then, The American Legion has been the cornerstone for anything veteran-related and veterans have become an integral part of Alaska. Come to "Make it Monday" to learn how Jack Henry Post 1 and The American Legion are adapting their mission to support Alaska's growing veteran population and how they are leveraging their members to strengthen Alaska for the future.

PLUS, a member presentation from BabyVend, LLC. 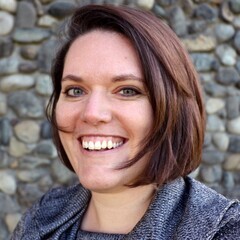 Laura Sturdevant Dean graduated from the US Air Force Academy in 2011 with a Bachelors in Political Science. She later earned a Masters in Intelligence Studies from American Military University in 2016. During her eight years as an Air Force Intelligence Officer, Laura was a key player on numerous occasions, such as pinpointing a new adversary trend in which her storyboard was used by the US Embassy in correspondence with the country to prevent further occurrence. Now Laura is a Financial Advisor with Merrill Lynch, where she utilizes the skills learned as an Intelligence Officer to help her clients prepare for the unknown of the future. She loves to travel with her husband, Colin, and son, Clark, and explore all that Alaska has to offer.

In her free time, Laura serves as the Board Secretary for the Alaska World Affairs Council, where she has been a featured speaker, Speed Mentor for Anchorage high school students, and ambassador to their numerous visitors. She also volunteers as the Chair of the Ambassador Council for the Anchorage Chamber of Commerce, ensuring their 800+ members get the most out of their membership.

Finally, Laura is the Adjutant for American Legion Jack Henry Post 1 and is responsible for the day-to-day leadership of 700+ members. Here she capitalizes on her Air Force experience to champion efforts to improve the lives of veterans and active-duty military.

Steve Bohannon is a 30-year veteran of the US Air Force.  Steve entered the Air Force in early 1985 and served as a Special Operations MC-130 Aircraft Loadmaster.   Over the course of his career, Steve has participated in numerous contingency and combat operations; and is a veteran of Afghanistan and Iraq.  Prior to his retirement, Steve served at Joint Base Elmendorf-Richardson as the 3rd Wing Command Chief Master Sergeant, where he was the personal advisor to the wing commander on all matters affecting the enlisted force and their families. Following his retirement from the Air Force in 2015, Steve briefly worked as a private contractor in East Africa before finally becoming a REALTOR in the Anchorage area.  Since then, he has focused his business on serving military and veteran families.  In 2018, Steve helped launch Alaska’s first chapter of the Veterans Association of Real Estate Professionals, a 501c3 non-profit organization dedicated to increasing sustainable homeownership among military and veteran families.  He now serves as its Chapter President.

The Anchorage Chamber is committed to creating and providing an environment where our members feel comfortable, but also have the freedom to do business. We will continue to follow the latest guidance from the CDC and the Anchorage Health Department. We encourage everyone, regardless of vaccination status, to wear facial coverings when not actively eating or drinking. Masks and hand sanitizer will be provided at all in-person events, and we ask that you keep your distance from others. Please stay home if you feel sick or have been exposed. Lastly, we encourage everyone to consider getting vaccinated. Visit anchoragecovidvaccine.org.
​

CANCELLATION NOTE: To receive a full refund, registration must be canceled by 5 pm the Thursday prior to the forum. No refunds will be given after this date. Punch cards will still be punched if not cancelled by 5 pm the Thursday prior, as mentioned. If you do not arrive by 12:00 pm, your seat will be forfeited. All registrations are transferable to another person upon your request. 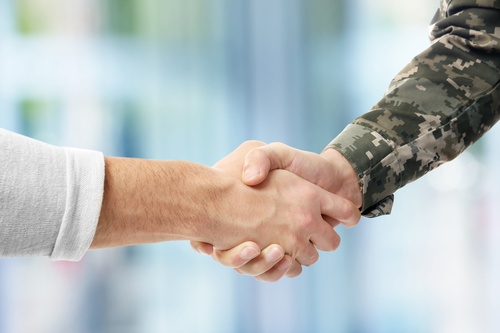 Registration is due by 5 pm the Thursday prior, but please RSVP at your earliest convenience so we have a solid head count. Forums with less than 20 attendees will switch to a virtual format. A $2 fee will be added to all walk-in registrations, and available seating is not guaranteed.