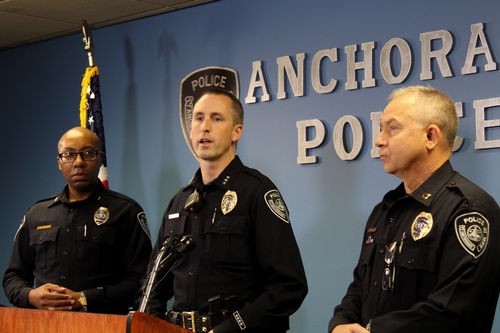 *Online registration is now closed. At-door sales will be limited. For future reference, please register for Monday forums by 5 pm the Friday before.*

Chief Justin Doll will be briefing members about APD's crime-fighting efforts and its organizational development. This will give members the opportunity to ask direct questions about those efforts and how they can help.

Before beginning in law enforcement, Chief Doll enlisted in the U.S. Marine Corps Reserves and served until 2001. In 1996, he joined APD as a recruit in the Academy. Over the course of his 20 plus year career, he has held command positions in the Patrol Division, Traffic, Homicide and Robbery/Assault Units, and the Crime Suppression Division. He also spent time as a member of the Bomb Squad and SWAT Units and even returned to the police academy as an instructor. His formal law enforcement education did not end at APD’s academy, he is also a graduate of the FBI National Academy and the National Executive Institute.

Chief Doll and his wife Monique have been married nearly 20 years.