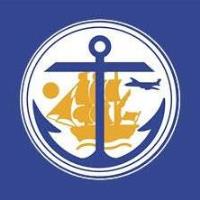 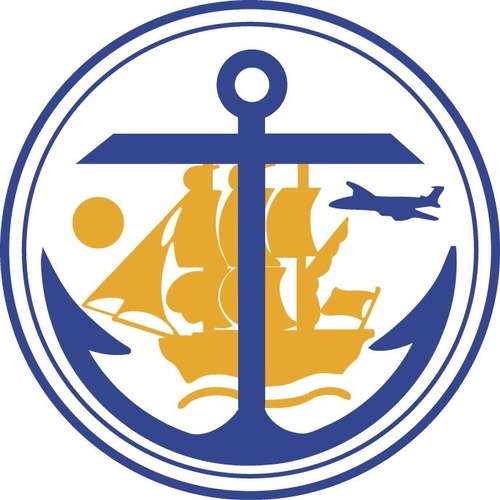 Meet candidates from the Anchorage and Eagle River districts, learn about the upcoming election, and Alaska’s most pressing issues. Each candidate will provide written responses, and respond live to questions written by the Anchorage Chamber Municipal Activity Committee.
Confirmed candidates: 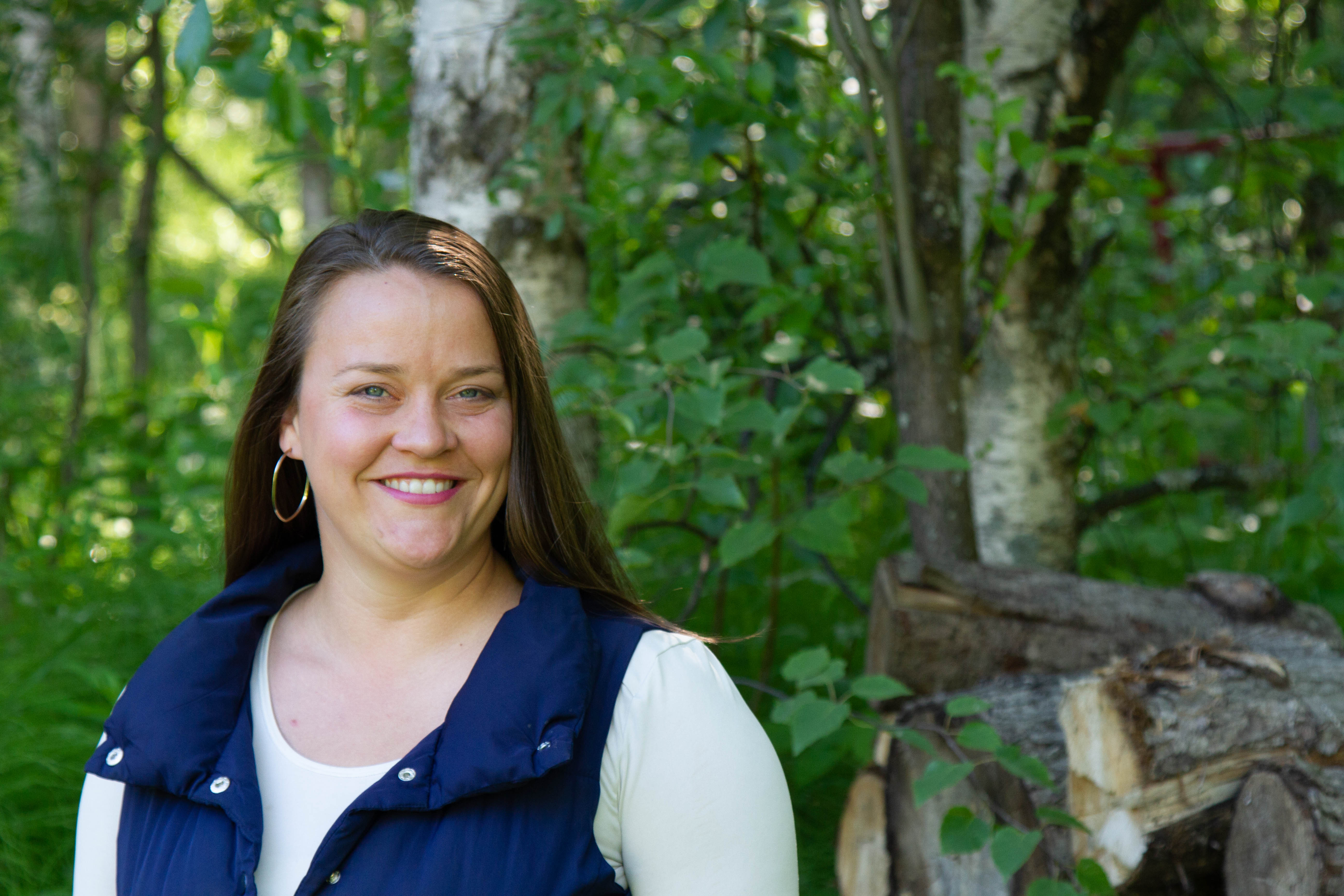 Stephany Jeffers grew up in Chugiak, Alaska and has always called it “home”. The Jeffers family moved to Chugiak in 1986 for her father to become the Music Pastor at First Baptist Church Birchwood. Through her childhood you could find Stephany running around the McDonald Center, playing softball at Lion’s Park, or on the basketball court with CYSA. Stephany graduated valedictorian of Grace Christian School in 2003 and went on to get a Bachelor of Science at Whitworth University in Spokane. After college she returned to Alaska to spend time with her grandma who was diagnosed with small cell lung cancer. With her grandmother’s prodding, she entered the Miss Chugiak/Eagle River pageant and won. Grandma Betty passed away before seeing her win the title Miss Alaska 2008. After her year of service as Miss Alaska, Stephany spent a couple of years of traveling before returning to Alaska full-time to get her Masters in biology at the University of Alaska Fairbanks. She now lives just one exit down from where she grew up. She currently owns and operates her own small business in Eagle River (Cirque Boreal). She's running for Assembly District 2, Seat C, to represent the place she's always called home.

*Christopher Constant, District 1 - Seat B - Downtown Anchorage
Born in Santa Maria, California, Christopher Constant has lived in Anchorage, Alaska since 1997 when he graduated from Cal Poly SLO.  Professionally, Christopher is a licensed real estate agent as well as Director of Strategic Growth for a nonprofit substance abuse and behavioral health treatment provider. He was elected to the Anchorage Assembly in 2017.  He served two terms as the Fairview Community Council President, leading an effort to improve public safety in his neighborhood by challenging the status quo in homelessness services and by championing the closure of a problem liquor store.  He also worked for years on a community building campaign by hosting an annual Fairview Block Party for several years.

His neighborhood success served as the catalyst propelling him to election for public office as an Anchorage Assembly Member. Christopher is a strong supporter for improving key infrastructure, resolving the homeless crisis, and ensuring that equity is a core value in our city.

Perseverance is a quality that he admires most as can be seen by his favorite quote from The Alchemist, by Paulo Coelho, "The secret of life, though, is to fall seven times and to get up eight times."

*Unable to attend the candidate forum

Roger Branson is a long-time local advocate for Consumers of Mental Health Services. He was born in Anchorage and for a variety of reasons has spent an appreciable amount of time with those generally perceived as being challenged, less fortunate and/or needy.  He currently resides in Eagle River. 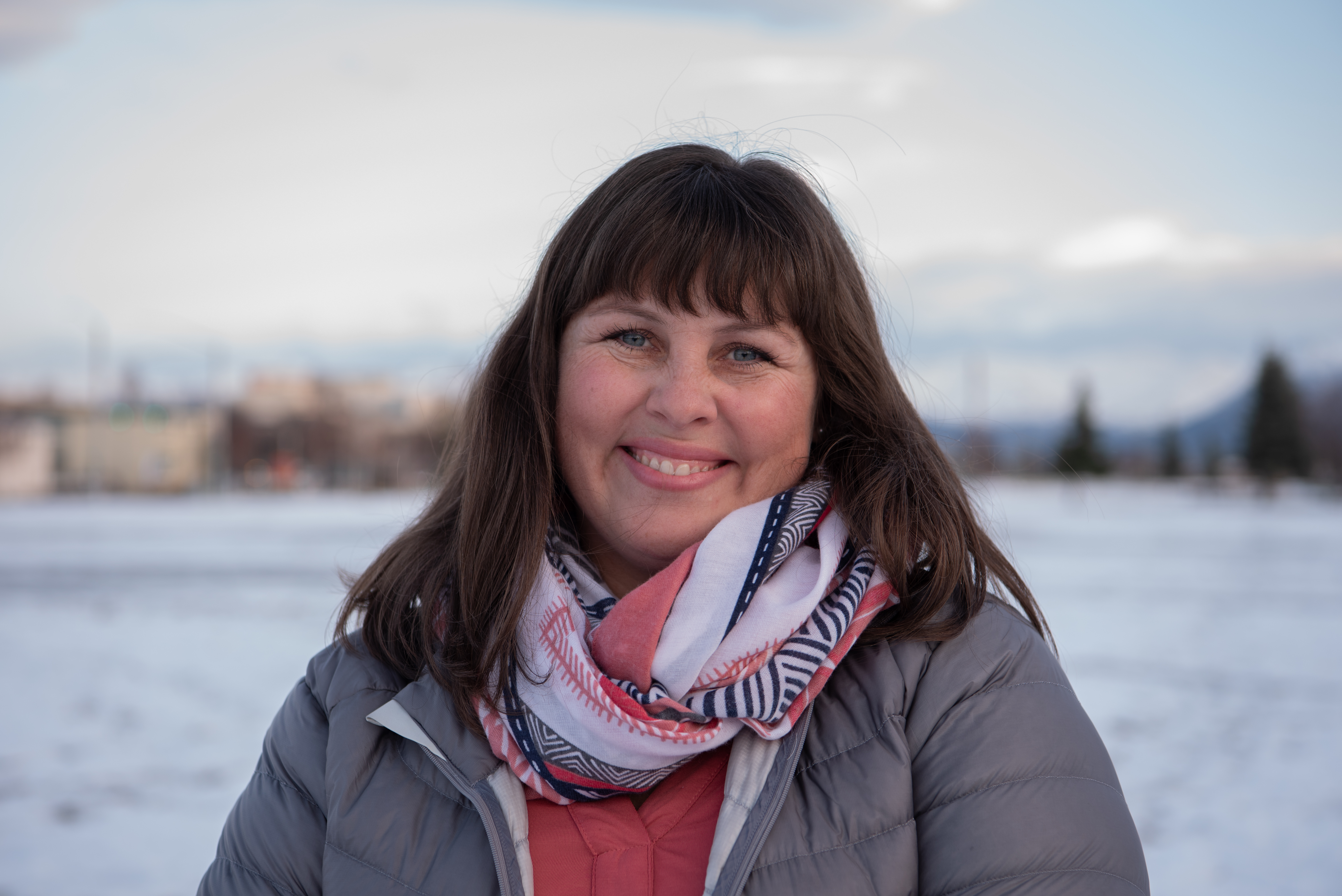 Austin represents West Anchorage on the Anchorage Assembly. Since being elected in a special election in 2018, she has worked alongside her colleagues to address Anchorage’s immediate needs while also investing in its future. Austin has supported increasing funding for public safety and homelessness, including for additional shelter beds and camp cleanup, while staying within the tax cap. In the aftermath of the November 2018 earthquake, Austin worked directly with Alaska’s federal delegation to change FEMA regulations, resulting in her constituents - and all Anchorage residents - receiving disaster relief for damage to their homes. As co-chair of the Assembly’s Health Policy Committee, Austin successfully led the unanimous adoption of a Tobacco 21 ordinance, raising the legal age to buy tobacco products from 19 to 21. Since 95% of smokers begin before the age of 21, we know this law will literally save lives. Not long after the passage of the Anchorage ordinance, the federal government followed suit and implemented Tobacco 21 nationwide. Austin has supported the sale of ML&P, which will put an estimated $230M into the city’s savings account and spin off an annual estimated dividend of $10M into the general fund, supporting Anchorage’s long-term fiscal stability.

Before she was elected to the Assembly, Austin served on the Municipality’s Budget Advisory and Women’s Commissions, volunteered as a member of YWCA’s finance committee, and was a big sister to a teenager living at McLaughlin Youth Center through the Big Brothers Big Sisters program. Austin and her wife Stephanie have a menagerie of pets and foster rescue dogs. They enjoy hiking, gardening, and exploring all Alaska has to offer.

Christine Hill, District 4 - Seat G - Midtown Anchorage
Christine Hill was born on July 17, 1951. She earned a degree in political science and after college worked in sales positions throughout the Pacific Northwest, ending up in Ketchikan, where she worked for the Ketchikan Daily News in the 1980s and met her husband Duane. They moved to Anchorage and started a family ? and a family business. She has now co-owned two small businesses with Duane for 30 years. Christine is a tenacious businesswoman and their businesses are now nationally known. Christine and Duane have had a continuous commitment to the Anchorage community for over three decades. Christine?s community involvement is focused on family issues. She has served on the Mental Health Advisory Board and volunteered at Hospice Anchorage. She has always shared her compassion and time with those in need. Christine is running for Assembly because she has always worked diligently for what she believes in. With a successful business and as an active community member, she believes that her experience, positive attitude, and leadership ability will serve Midtown Anchorage well on the Anchorage Assembly.

Felix Rivera, District 4 - Seat G - Midtown Anchorage
Felix came to Alaska for college and never left. His work as Constituent Relations and Special Assistant for the Mayor's Office helped to prepare him for his role as Assembly Member and Chair. His passion is making a difference in the lives of people in his community; and he has been able to do this by not only serving on the Assembly, but by sitting on the board of directors for several nonprofits that help those in need. Writing and journalism is another way Felix has been able to make an impact. While studying journalism at APU he covered local events around town as well as wrote for an international wire service. His stories were published around the world. Felix considers his proudest accomplishment to be ?helping fight and eventually obtain protections for LGBTQ Anchorage residents in employment, housing, and public accommodations." 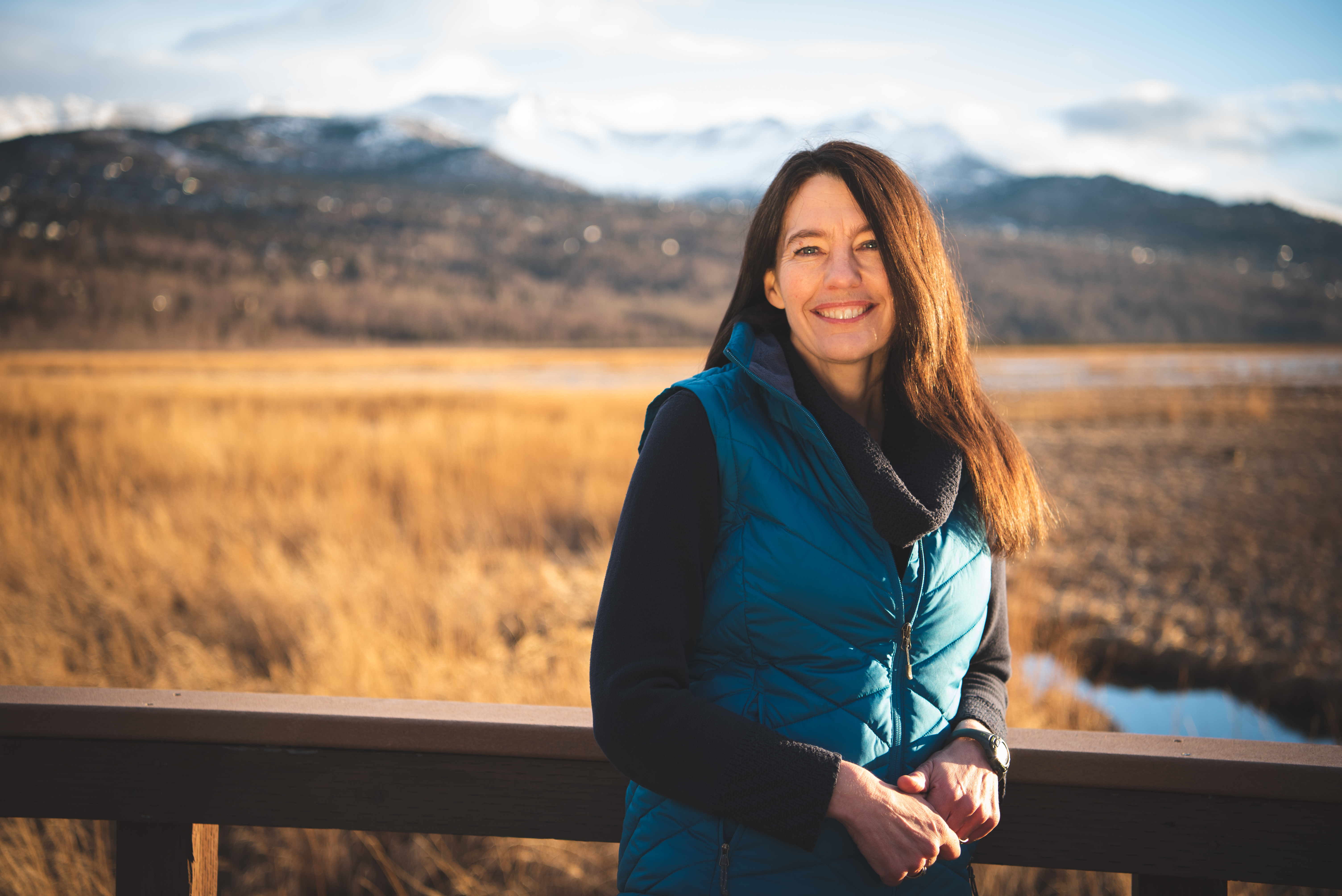 Suzanne LaFrance, District 6 - Seat K - South Anchorage
Suzanne LaFrance grew up the oldest of seven children in Palmer, Alaska. Her mother volunteered at the children?s schools and at the Catholic church, and her father worked as a teacher before shifting gears to work on the pipeline as an Ironworker. Her childhood was spent playing with her siblings in the outdoors, raising livestock for 4H, fishing, playing and coaching soccer, skiing and participating in church activities. Suzanne earned her undergraduate degree from the University of Portland and her graduate degree from Purdue University. After college, she returned to Alaska and she and her husband, David Hemstreet, have made South Anchorage their home for the past 22 years. She began her career in telecommunications with a start-up and  has since worked for a Fortune 500 company, managing capital budgets and projects, as well as leading a team of professionals.

Suzanne and David have three children in the Anchorage School District and spend much of their spare time together downhill skiing, hiking with their black lab, Maisie on their local trails, mountain biking, and canoeing on nearby lakes. Suzanne is a Scoutmaster for a local troop and has also coached junior soccer teams. As a mother and previous PTA member, Suzanne is an education advocate and believes that early education and strong public schools are an investment that will have the greatest return on improving quality of life and decreasing crime in our city.

Suzanne was elected to the Anchorage Assembly in 2017 to represent South Anchorage, Turnagain Arm, and Girdwood. She is a board member of the Alaska Municipal League and is a co-founder of the Health Policy Committee. She currently co-chairs the Enterprise and Utility Oversight Committee and the Health Policy Committee and recently served as Vice-Chair of the Assembly. More info is available at votesuzanne.com. 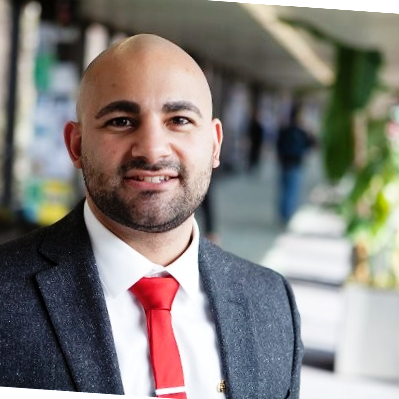 Born in Lakewood, New Jersey, to a mother of Seneca Nation heritage - later adopted into a Jewish home, Rick Castillo considers Alaska and its culture to be the charge that has led him to find his own identity and footing. After serving with the 501st Infantry Airborne unit at Joint Base Elmendorf-Richardson for nearly five years, Rick Castillo exited service in 2011 with principled leadership, integrity & mentorship. With an urge to absorb the meaning of grit, culture, business, and industry - founded upon by so many Alaskans – Rick was on a journey to learn more about his new home – Alaska. While attending the University of Alaska Anchorage, Rick was part of building the fabric of community and business through student organizations like Emerging Leaders Program, Global Logistics Club, and founding the Phi-Alpha chapter of Tau Kappa Epsilon. After graduation, Rick stayed congruent towards his core values while investing in other community organizations like Hillside Rotary Club, Alaska Humanities Forum’s Leadership Anchorage, and as an active member of his community council. Rick has interned, consulted, and worked in the industries of Oil & Gas, Distribution and Transportation, Education. Rick has his bachelor’s in supply chain management, and currently works in telecommunications as Logistics Manager.