Hello again. If you've been following along, you know that census efforts over the past year have been adjusted and readjusted as we've received new information, timelines, and even public health whirlwinds. What we do know right now is that September 30 is the final deadline for the census as it stands. At Alaska Counts, we are absolutely running with the understanding that time is up for the census at the end of this month. That means we have to hang on tight and stay the course for the next several weeks.

We need your help to encourage fellow Alaskans to respond to the census at 2020census.gov, by calling 1-844-330-2020, or by returning a mail-in form they may have received. We can still work hard to boost the self-response rate all month long, no matter what!

This is the last push for you or your organization to make a difference as a trusted voice in your community. What can you do? We will be emphasizing the importance of self-response to the census with targeted digital advertising, mailers, and a texting campaign to communities with low response rates.

We know Alaskans are most likely to be counted if they hear from trusted voices about the census and how important it is. Help us remind Alaska that the census is critical for our future: being counted is an opportunity to guarantee the resources we need to rebuild our economy, protect public health, and ensure civil rights!

If you hadn't heard the news...
Yes, the census is ending on September 30 across the country, which means no extension into October as was planned. That means one month left. It’s not what we anticipated. We pushed for more time, urging leaders to reverse the decision to cut the census short. Read Congressional and legislative letters here, here and here.

You can add your voice, too, by contacting the Alaska Congressional delegation, sharing your thoughts publicly on social media or in an op-ed in a news outlet, or maybe forwarding the news on to census partners or trusted friends who may want to chime in from where they stand. You can also sign a petition regarding the undercount of Alaska Native and American Indian communities here.

So, what does 88.2% total enumeration mean? The total enumeration rate is basically the self-response rate plus the non-response follow up rate. Non-response follow up is a fancy way of saying census workers followed up with households to count them if they hadn’t responded yet. Another important piece to note about this 88.2% figure is that it describes the number of households counted, not individuals. For a quality count, we are looking to count people, not just households.

Though 88.2% percent total enumeration is pretty good news overall, Alaska is second to last in terms of self-response and fourth in non-response follow up. In other words, the bump to our total response rate is due, in part, to a lot of work following up with households. We still have a lot of room to boost our self-response rate which will bring that total response figure up and ensure an accurate count for our state.

You should also know...

The census is still following up with households to ensure a quality count.

The census Bureau is working to count remaining households—about 1 in every 5 households across the nation. In some cases, they may need to follow up with a household more than once. Residents are encouraged to cooperate with census takers as they follow up even if they have stopped by before. Don't worry about duplicate responses. The census has rigorous processes to clear these up.

As our hard-working enumerators check-in with households, we can encourage our friends and neighbors to respond to the census online or over the phone up until the very end.

So let's lace-up for the final sprint, Alaska! And thanks for caring about the count. As always, please reach out to info@alaskacounts.org with any census-related questions.

We can do it.
The Alaska Counts Team

August 11: Non-Response Follow Up Started
Census takers have been following up with households that have not opted to self-respond for the month in August.
September 3: Group Quarters Finished
Census takers finish up working with administrators at colleges, senior centers, prisons, and other facilities that house large groups of people.
September 30: Self-Response Ends
The last day of this month (a Wednesday!) is the last day to respond to the census.
December: Apportionment Counts Delivered
Apportionment counts are delivered to the President and Congress as required by law.

WATCH: Who Wants to Be a Census-aire game show and Alaska Natives Count Census Awareness Panel hosted by First Alaskans Institute on Zoom!
LISTEN: Donna Bach of the US Census and Liz Cravalho of NANA Regional Corporation speak with KOTZ News about shifting focus from rural villages to rural hubs, with counts complete in villages in the Northwest Arctic.
READ: Bering Straits Native Association shares a story of a census champion who innovated the count in Unalakleet. 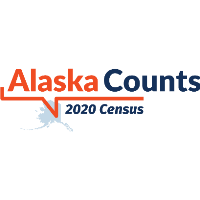