As the leader of the SBA Alaska District, Brown will oversee the delivery of all SBA programs and services in Alaska including technical training and assistance, funding programs, and small business certifications connected to government contracting.

“It’s not often you have an opportunity to jump tracks to start something exciting and new halfway through your life. To work for an agency in the federal government that benefits small business is a passion of mine since I’ve owned different small businesses in my life. Plus, it’s appealing to work for a government agency where you get to see results,” Brown said. “We have a good foundation with the staff here. Our goal is to take this office and its services to the next level. We want to become top-of-mind for the business owners and entrepreneurs of Alaska instead of being the government’s best kept secret. We want the SBA to be the first stop when starting, growing or expanding a business.”

Prior to assuming the role of district director in August, Brown served as the Chairman of the Bannock County Commission in Idaho for two years where he oversaw all county, support city and municipality government services for 88,000 citizens with a staff of 450 employees.

During those two years, he restructured the budgeting process, restored employee trust and morale, and increased transparency and trust with the voting public. Brown also converted departments that were draining budgets into revenue-generating departments.

From 2010 to 2017, Brown served on the Pocatello City Council – an elected position – and was Council President for the last two years. During this time, Brown says he learned how to focus on collaboration, especially when it came to restructuring how budgets were built and evaluating the financial impact on citizens. He implemented new approaches to spending that were more efficient, cost-effective and long-term versus year-to-year spending decisions that are shorter in scope.

He also served on the Board of Directors for the Bannock Development Corporation and the Pocatello Development Authority where he helped both organizations build the economic health of eastern Idaho.

Additionally, Brown has worked as a regional director for former U.S. Senator Larry Craig and U.S. Representative Mike Simpson, both of Idaho.

Brown has also owned several small businesses including an insurance agency and a consulting company which he operated for 24 years.

“Steve’s experience in both the public and private sectors makes him an ideal leader to carry out the SBA mission to help entrepreneurs start, grow, expand and recover in Alaska,” SBA Pacific Northwest Regional Administrator Jeremy Field said. “He knows first-hand the challenges of entrepreneurship along with the ins and outs of economic development. I expect him to hit the ground running and continue to deliver much-needed SBA programming in the Last Frontier.”

Brown moves to Alaska with his wife, Julia, and two of his five children.

About the U.S. Small Business Administration
The U.S. Small Business Administration makes the American dream of business ownership a reality. As the only go-to resource and voice for small businesses backed by the strength of the federal government, the SBA empowers entrepreneurs and small business owners with the resources and support they need to start, grow or expand their businesses, or recover from a declared disaster. It delivers services through an extensive network of SBA field offices and partnerships with public and private organizations. To learn more, visit www.sba.gov. The Alaska District serves the entire state with office locations in Anchorage and Fairbanks. 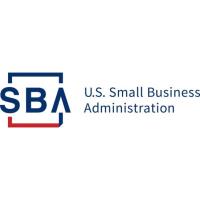