In the past few years, demand for cargo transportation has accelerated, costs have skyrocketed and delivery times have more than doubled. The Anchorage Economic Development Corp., in partnership with the Ted Stevens International Airport (ANC), has released a new feasibility study for Anchorage Pacific Air-to-Sea Service (ANC PASS), a project that would take advantage of Alaska’s position as a global air cargo stop as well as underutilized space on maritime ships returning to scheduled port landings in Tacoma, Wash. Alaska is uniquely positioned to be a key part of this trade route disruption that could vastly improve shipping across the country.

AEDC and ANC worked with Naniq Global Logistics on an analysis of current multi-modal transportation lanes from Asia to Anchorage, the existing backhaul capacity from Anchorage to the Pacific Northwest, and traditional truck transportation to the final destination. The study discovered that by taking advantage of this backhaul space, ANC PASS could streamline these transportation processes and create a more efficient, timely and cost-effective method to get cargo from Asia to the United States.

“Port congestion has caused frequent delays in maritime transportation across the globe, which affects trucking and cargo as well,” said Bill Popp, president and CEO of Anchorage Economic Development Corp. “Nearly all of Alaska’s goods arrive at the Port of Alaska, but the ships return to Tacoma empty. At a time when ocean freight has increased at a faster rate than ocean transport capacity, with delivery times increasing from 30 to well over 75 days, the ability to fill the empty space available on these vessels with additional cargo is a game changer in logistics nationally - and Alaska is the key.”

“We’re adding a third shipping method. Everyone is familiar with the least expensive, but slowest ocean vessel cargo, and the fastest but most expensive air cargo, but adding a combination through ANC PASS, we realize an opportunity for medium speed and competitively priced bi-modal cargo transport,” said Ted Stevens Anchorage International Airport Director Jim Szczesniak.

With the amount of cargo ships routed with regularly scheduled landings between Tacoma and Anchorage, ANC PASS could significantly improve the amount of cargo being transported to the lower 48. ANC PASS would expedite ocean freight deliveries to West Coast distribution centers within six to seven days, while reducing overall costs. Once freight has arrived on location, the cargo can then be trans loaded onto trucks and efficiently delivered to its destination. The results of ANC PASS are groundbreaking and have proven that Anchorage still has an incredible amount of potential to grow as an international hub for cargo.

For more information, and to download the full feasibility report, visit aedcweb.com/ancpass.

About the Anchorage Economic Development Corporation
AEDC is a private nonprofit corporation, operating since 1987. It exists to encourage growth and diversity in the Anchorage economy, promote a favorable business climate and improve the standard of living of Anchorage residents. 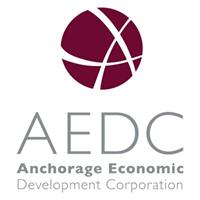