ANCHORAGE, Alaska – GCI announced today that it has decided to exit the broadcast television business so that it can focus on its core business of providing data, mobile, video, voice and managed services to consumer and business customers in Alaska.
Earlier today, GCI subsidiary Denali Media Holdings (DMH) and Gray Television (Gray) closed on their previously announced sale of KATH and KSCT, DMH’s NBC affiliates in the Juneau and Sitka markets.

By separate agreement, DMH also sold to Gray most of the assets of its Anchorage television station KTVA and its three CBS stations in Juneau, Sitka and Ketchikan.  Finally, GCI and Gray entered into a new long-term retransmission agreement covering all of Gray’s stations and all of GCI’s cable systems in Alaska. This agreement ensures Alaskans will have uninterrupted access to Gray content, now including CBS, over GCI’s systems.

In 2013, GCI established DMH to own and operate television stations in Anchorage, Juneau, Sitka and Ketchikan.  With GCI’s support, the DMH team substantially improved the quality of the stations’ programming, including local news coverage.  Despite this improvement, changes in the broadcasting industry and the Alaska economy – including increased network affiliate fees, the continued rise of digital advertising, shifts in consumer viewing habits, and the Alaska recession – have resulted in losses which have made DMH’s continued operation as a small broadcast television group unsustainable.

In partnership with an outside consultant, DMH conducted a comprehensive confidential search for a purchaser of its broadcast assets but was not successful in identifying a purchaser either inside or outside of Alaska.  The inability to identify a buyer threatened to jeopardize KTVA’s ability to continue to deliver local news programming.  Following DMH’s agreement to sell its NBC stations to Gray, the parties explored and eventually reached the agreement, closed today, involving the assets of DMH’s CBS stations.

Under this agreement, Gray acquired DMH’s intellectual property, local news, sales, creative and engineering assets used by its CBS stations.  Concurrently with the closing of the agreement, Gray Television began broadcasting the same program schedule that previously appeared on DMH’s CBS stations on KYES-TV, Channel 5 in Anchorage. Southeast residents and GCI cable subscribers can continue to find this programming on Channel 11 for several weeks, as the parties complete a transition to the new channel lineup.  DMH anticipates that Gray will preserve KTVA’s local news programming after this transaction.

DMH has retained ownership of the CBS station licenses and KTVA transmission facilities.

About GCI
GCI provides data, mobile, video, voice and managed services to consumer and business customers throughout Alaska. Headquartered in Alaska, GCI has delivered services for nearly 40 years to some of the most remote communities and in some of the most challenging conditions in North America. Learn more about GCI at www.gci.com. GCI is a wholly owned subsidiary of GCI Liberty, Inc. (Nasdaq: GLIBA, GLIBP). Learn more about GCI Liberty at www.gciliberty.com. 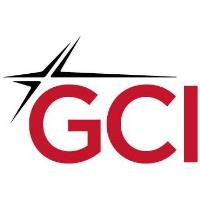