On January 1, 2021, Anchorage Downtown Partnership, Ltd. (ADP) will discontinue the Safety First program and return to its previous model, in which ADP Ambassadors patrol as the "eyes and ears" of downtown.

As the program's popularity grew and the downtown community began to rely on it more and more, ADP Ambassadors found themselves responding to situations outside of their capability.  Ambassadors frequently found themselves in circumstances where law enforcement or social service providers should have been called instead.

In addition to placing ADP Ambassadors in situations for which they are not trained, ADP also recognized that reliance on the Safety First program was diverting calls away from the appropriate municipal departments. Without accurate data, those departments could not provide proper resources to downtown.

In 2021, ADP worked closely with the Anchorage Police Department, Mayor's Office, Anchorage Assembly, and other stakeholders to communicate these challenges and request increased support.  This resulted in increased downtown patrols and support from the Community Action Police (CAP) Team.

ADP is confident the best path to ensuring a safe downtown is through a cooperative effort.  Our Ambassadors possess unique knowledge and insight of downtown that makes them ideally suited to serve as the "eyes and ears" in our partnership with municipal emergency services.

Members of the downtown community may continue to contact ADP Ambassadors at (907) 277-0141 for general safety issues but should contact 311 or 911 as appropriate for suspected criminal activity.

The Anchorage Downtown Partnership, Ltd. is committed to a Clean, Safe, and Vital Downtown. 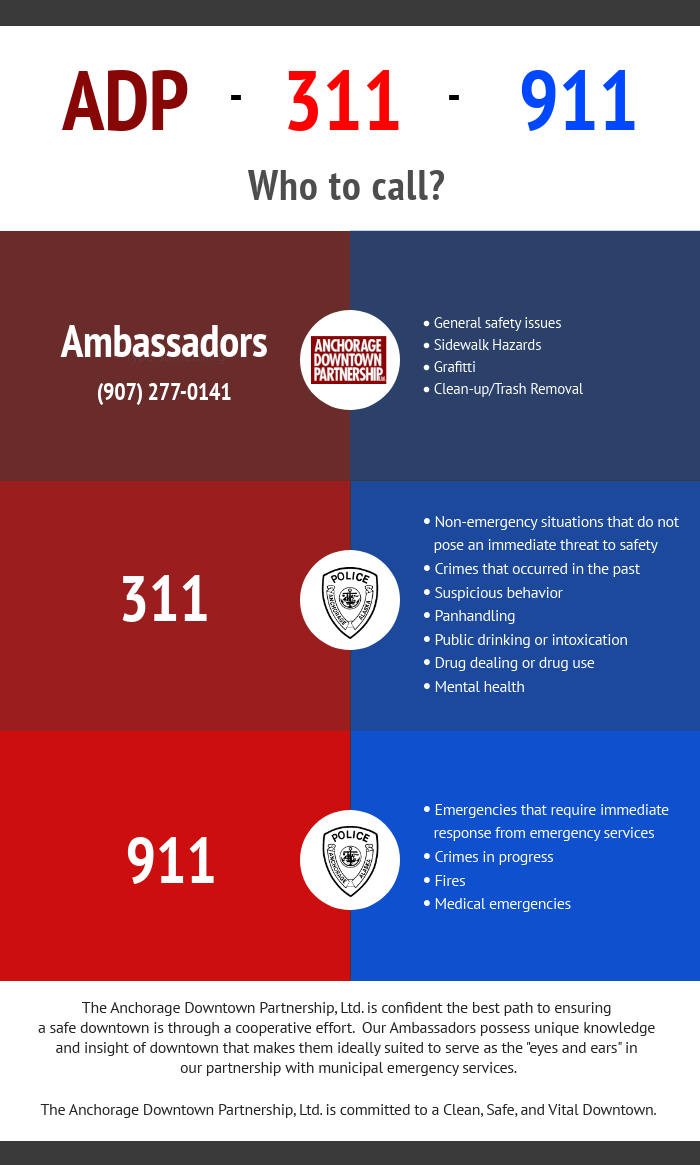 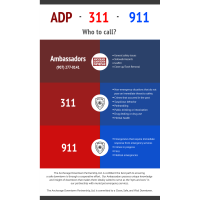