WHAT: The Port of Alaska started construction of its Petroleum and Cement Terminal (PCT) in late April. This new dock is being built in two phases, ending in 2021. The PCT is a pile-supported dock located south of existing docks, adjacent to ABI’s cement-storage dome. The PCT will replace Petroleum Oil Lubricants Terminal 1 (POL1), Port of Alaska’s primary petroleum dock and Alaska’s only bulk cement-handling dock. POL1 opened in 1965, is severely corroded, and suffered significant structural damage during the November 30, 2018 M7.1 earthquake. Port of Alaska officials intend to demolish POL1 and general cargo Terminal 1 – the port’s two oldest docks – after the PCT is completed to make room for a new general cargo dock. The PCT will accommodate modern shipping operations and improve the Port of Alaska’s operational safety, efficiency and earthquake resiliency. Acting Mayor Quinn-Davidson and Port and project officials will lead a media visit to the construction site to discuss project progress and schedules. There will be Q&A and photo/video/audio recording opportunities.

WHERE: Port of Alaska Administrative Office. View the attached map for directions.

MEDIA: RSVP to Jim Jager (jim.jager@anchorageak.gov or 343-6205) no later than 10:00 a.m. on Friday, November 13. The Port of Alaska follows Department of Homeland Security protocol. Members of the Media should arrive by 11:45 a.m. to ensure enough time to follow security procedures. Visitors must show a photo ID at the gate. All vehicles may be subject to a random security screening. Firearms, ammunition, fireworks or other explosives are prohibited inside the Port security area. Journalists must stop at the security office before they go to the Administrative Office to pick up a photo authorization form.

PPE is required, including appropriate footwear (no heels or open-toed shoes), day-glow vests, hard hats, ear plugs and sound muffs. The Port of Alaska has a limited amount of PPE it can provide members of the media. 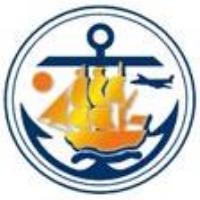